A armprotector for archery was found among leather remains from the excavation of the medieval Oslo. The armprotector can probably be dated back to 1200 AD 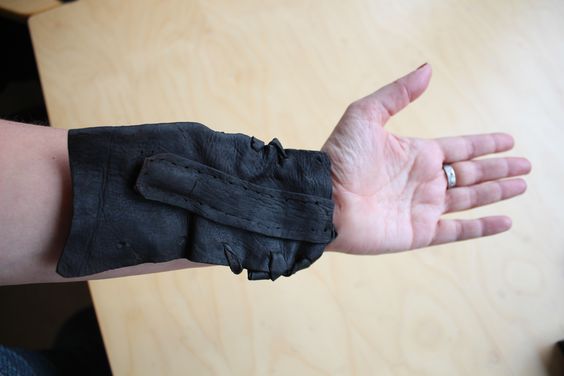 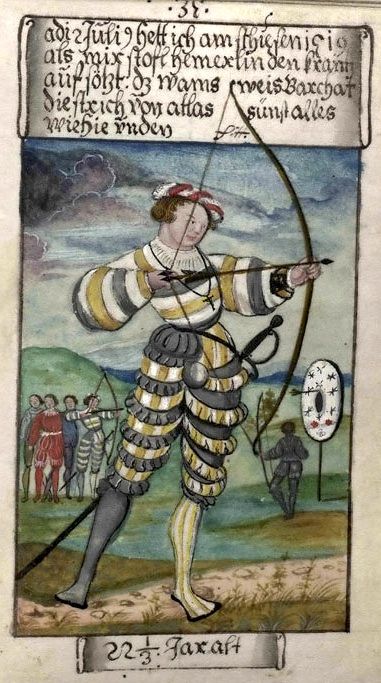 In 2012 in Horsens Fjord (Hjarnø), Jutland, Denmark, underwater archaeologists located a settlement from the Late Mesolithic (~4700 BC - Older/Middle Ertebølle).
Among the finds was a 1,6 meter tall bow made of ash (!). To be correct this bow is just like many other mesolithic bows made of Elm.

The Rotten Bottom bow, radiocarbon dated to 5040±100 BP (4040–3640 cal BC at 2δ, OxA-3540), is the oldest bow in Britain and Ireland and belongs to the Early Neolithic. Skilfully made from a single stave of yew, it now measures 1.36 m but would originally have measured 1.74 m, having broken in use, at full draw, almost certainly during a deer hunt. Its estimated draw-weight of 35 lbs (15.86 kg) for a 28" (71 cm) arrow indicates that it had been designed as a hunting bow, for use at fairly close range (10-15 m). It was found near the end of an upland valley in the hills above Moffat, in a position which would have been ideal for hunting deer (since the animals, having been driven along the valley towards the precipice, would have wheeled round at this point). Having broken, this precious possession could not have been mended, although its string would have been removed for re-use. It had probably been imported to Scotland since yew did not grow in Scotland at this period (except perhaps for one or two tiny areas in the south); it is most likely to have come from Cumbria, across the Solway Firth, but an alternative is Ireland. The early farming communities in Scotland were in contact with both of these areas, importing axeheads of tuff and porcellanite, and Antrim flint. Even though the bow was found in a hunting context, it is most likely to have been the possession of a farmer, given these links and the early Neolithic farmers' lifestyle would have included exploiting wild resources.
Yew is the best wood for making bows, being strong yet supple. This object shows that the early Neolithic inhabitants of Britain had a sophisticated knowledge of the properties of different woods and used these to their best effect. Furthermore, the small number of knots in the Rotten Bottom bow indicates that the growth of its parent branch had probably been managed. Bows are extremely rare in Neolithic Britain and Ireland, with only two others known (namely Meare Heath and Ashcott Heath, Somerset, both radiocarbon dated to c 3600-3100 BC. The earliest bow in Ireland post-dates the Neolithic, being radiocarbon dated to 2399-2042 cal BC (Barrysbrook, Co. Offaly: Murray 2004).
Luk je dielo božie, rovnako ako aj žena.
Nahoru 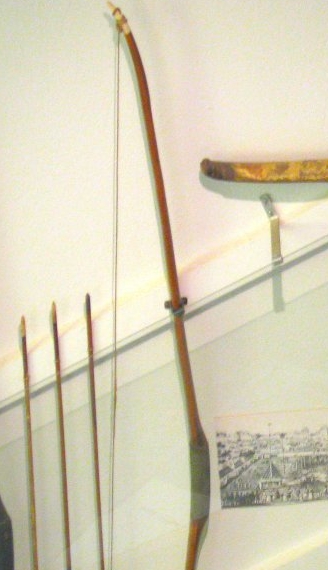 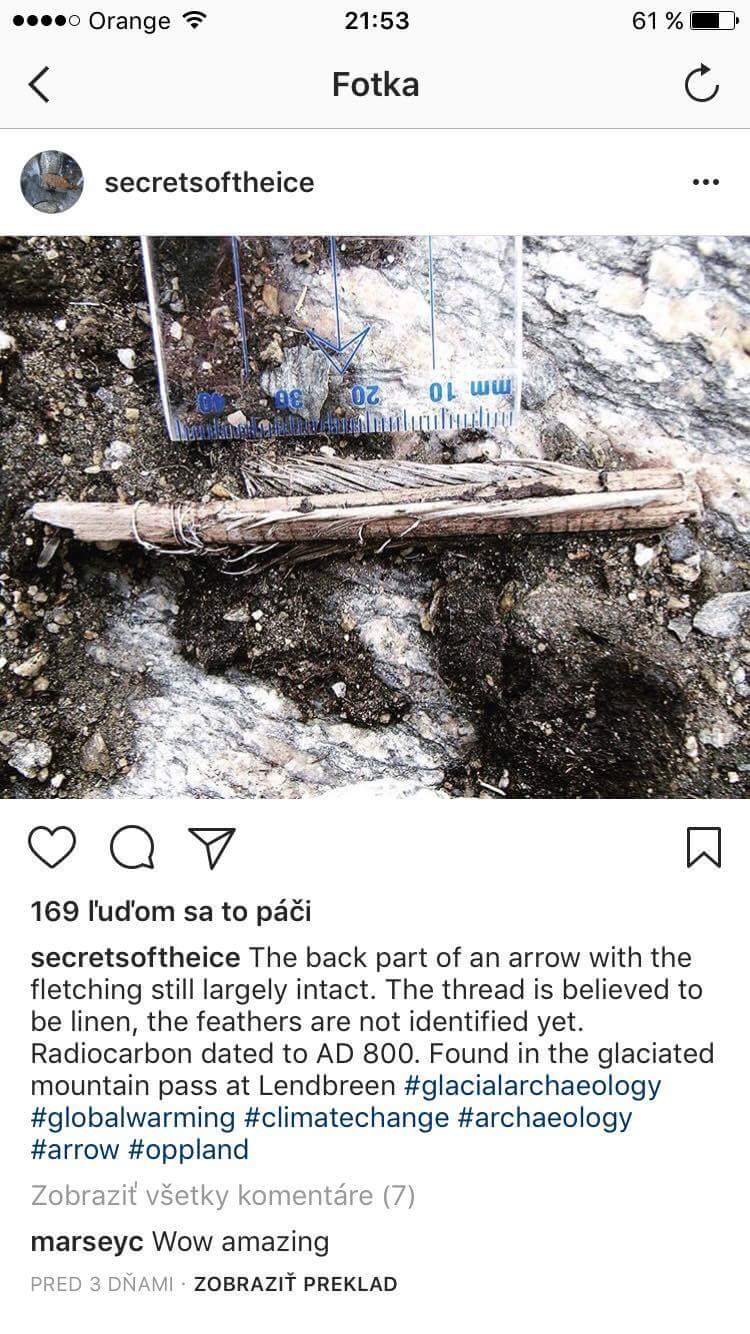 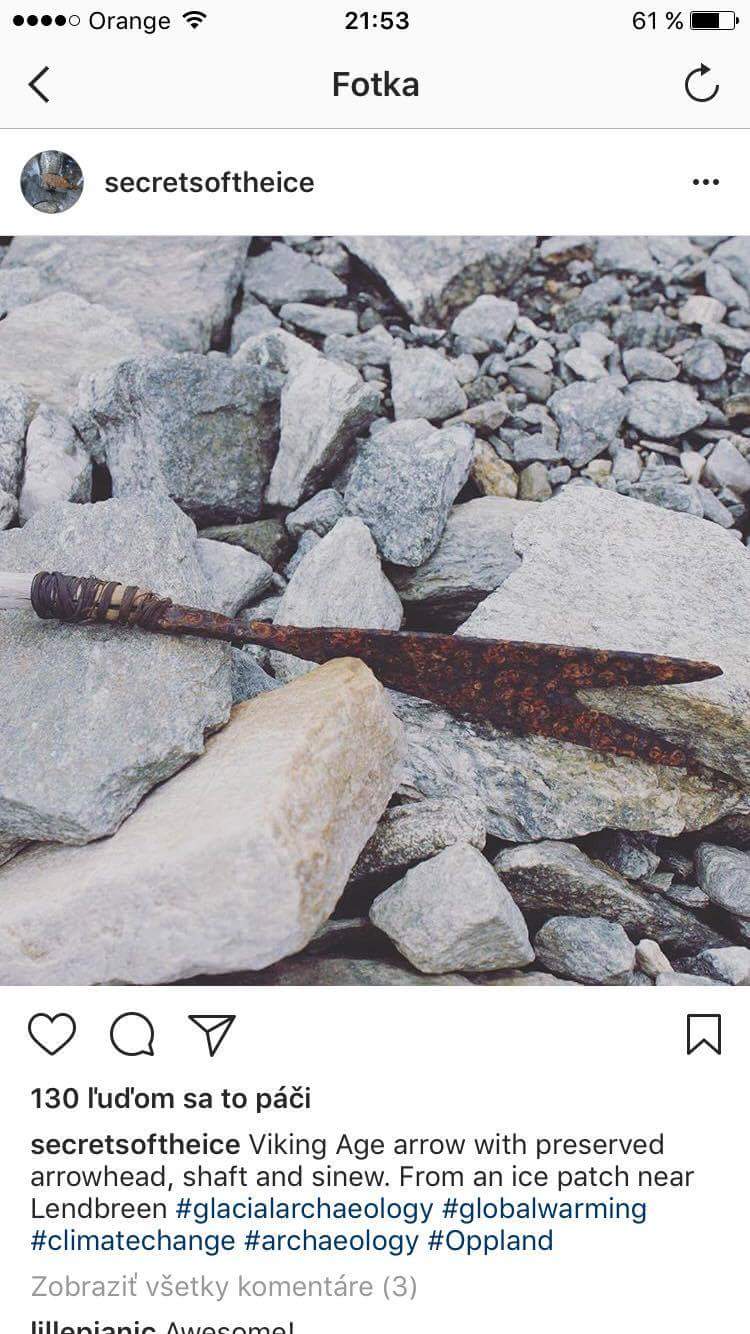